Have your say: North Head Sanctuary

Have your say – take the survey (closes 11 June)

This treasured public destination has significant ties to First Nations culture and Australia’s military history, and hosts some of the nation's most precious natural ecosystems.

In 2020, the Harbour Trust had a conversation with the community about their values and aspirations for North Head Sanctuary. Community aspirations spanned themes of preservation and conservation for the natural environment, Indigenous culture and military history.

Informed by these collective aspirations, the Harbour Trust has released a Draft Concept that proposes signature initiatives aimed at preserving, restoring and reinterpreting North Head Sanctuary as an invaluable community destination.

The Harbour Trust is now seeking to continue its conversation with the community to understand the level of support and additional feedback for the proposed initiatives. Opportunities to have your say include completing an online survey (further below). Further, you can view a recording of a recent webinar on the Draft Concept. Feedback on the Draft Concept can also be posted to the Harbour Trust (PO Box 607, Mosman NSW 2088).  Consultation closes 5pm on 11 June 2021.

Opportunities to have your say on the Draft Concept or learn more about the proposed initiatives are detailed below...

Register for our walkshop on 8 June (BOOKED OUT)

Our upcoming walkshop has booked out. To be the first to hear about future walkshops at this treasured public destination in Manly, join the waitlist… 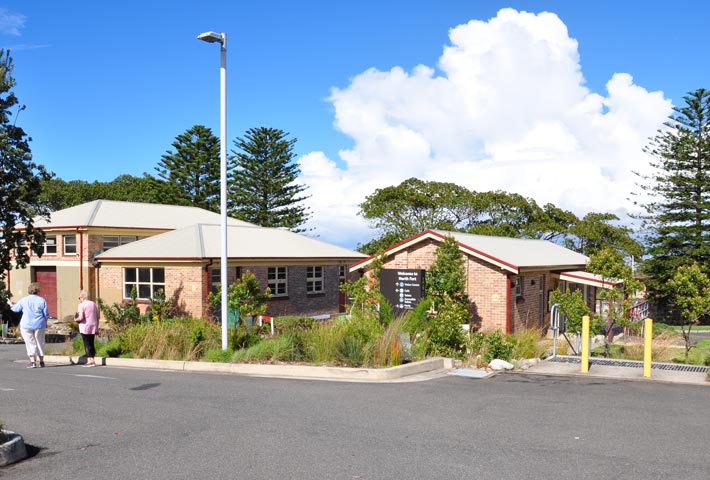 Complete our online survey (1 May to 11 June)

The easiest way to provide feedback on North Head Sanctuary, including the Draft Concept, is to complete our online survey. Your contribution will help us shape the future of this important place.

The Harbour Trust will also accept hardcopy submissions that are received by 5pm on Friday 11 June. These submissions can be sent to:

All submissions received will be treated as public documents. People with special needs may contact (02) 8969 2100 for assistance accessing the documentation.

Image: An artist's impression of a proposed accessible path network and native garden

Register for a virtual workshop (18 May to 1 June)

Between 18 May and 1 June, we will be hosting a series of one-hour virtual workshops. These interactive sessions are an opportunity for attendees to share their thoughts and insights on the future of North Head Sanctuary and provide feedback on the Harbour Trust's Draft Concept. Please register early to avoid disappointment. Virtual workshops are being run on the following dates:

Image: An artist's impression of the Barracks Precinct

Register for a virtual workshop

The First Nations Community is invited to have their say on North Head/Car-rang-gel including the Draft Concept for North Head Sanctuary. Opportunities to provide feedback include taking a survey, submitting an ‘expression of interest’ for a one-on-one interview and attending one of the following yarning sessions (registration essential):

First Nations Consultation – Have your say

A series of pop-up community feedback sessions will be held at popular community hubs between 15 May and 29 May. Come and have a conversation...

*Please Note: The organisers of the Manly Marketplace have advised the public to check their Facebook or Instagram pages for updates if it is windy or rainy as the Saturday market may not proceed in poor weather.

During a webinar on Monday 10 May, speakers presented on the Draft Concept and discussed the considerations that went into this early vision for North Head Sanctuary...

For a high-level view of the Draft Concept, interact with our map of North Head Sanctuary...

View the Draft Concept and take our online survey
The online survey, which is available at haveyoursay.awe.gov.au, will close at 5pm on 11 June 2021.

Learn more
Have your say

Have your say
Consultation