Members of the Trust – Meeting in public (22 June)

Nikolai Nikoleavich de Miklouho-Maclay was born on 17 July 1846 in Rozhdestvenskoye, Russia. He was more commonly known as Nicholas Maclay – the name Maclay having been inherited from an old Scottish family connection.

Man of many talents

A 19th Century polymath, Maclay studied philosophy, law, medicine, palaeontology, zoology and comparative anatomy. He was also fluent in Russian, German, French and English and studied indigenous languages through his anthropological and ethnological studies. Maclay was described as handsome and idealistic.

In 1871, Maclay arrived in New Guinea where he studied the language and characteristics of the local people. Maclay was attracted to New Guinea as it promised to be a new field for anthropological and ethnological studies. As a result of this experience, Maclay was determined to champion and protect the Indigenous population of New Guinea from the negative aspects of colonisation.

In subsequent years, he continued his studies in south-east Asia and the Pacific region before arriving in Sydney in July 1878 with a large collection of specimens, drawings and artefacts. The aristocratic and intelligent Russian explorer quickly captivated Sydney society. In August that same year, Maclay addressed the Linnean Society, which was dedicated to the study of natural history, about the need for a marine research laboratory in Sydney.

While continuing advocating for a marine research station, Maclay travelled to Queensland and the islands off the state’s coast to undertake further study. He returned to Sydney in January 1881 and, with the backing of the Linnean Society and the NSW government, established the world’s second biological research station at Watson’s Bay. 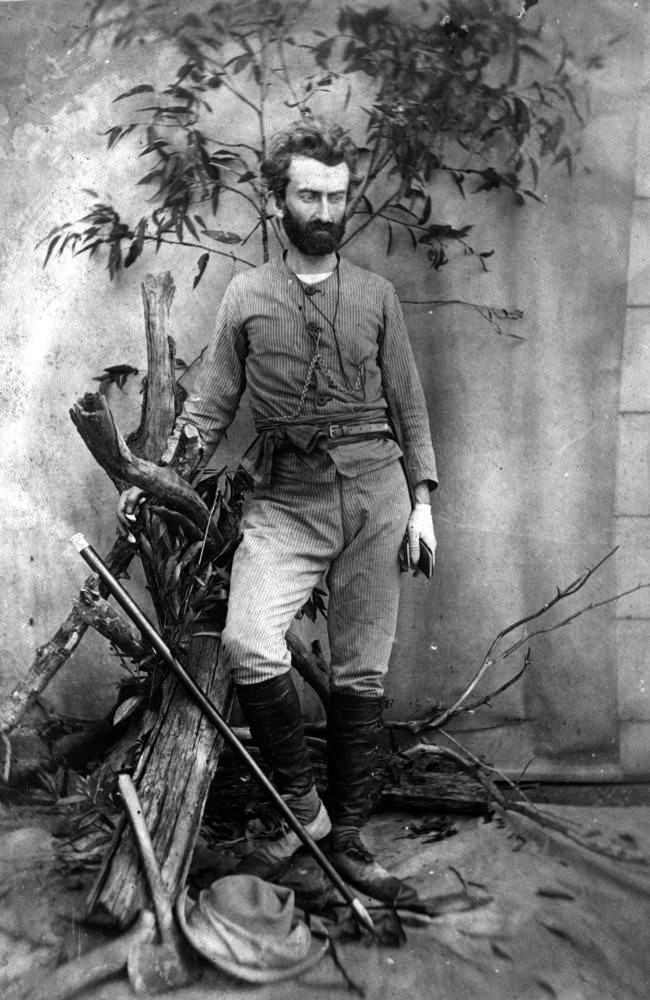 In 1882, Maclay travelled to Russia where he embarked on a lecture tour. During his visit, he was awarded the Imperial Geographical Society’s gold medal and a certificate of honour from the Tsar. After touring Europe, he returned to Sydney via Port Said, Batavia and New Guinea. Upon his return to Sydney, Maclay married Margaret Clark – the widowed daughter of Sir John Robertson, the Premier of NSW – much against her family’s wishes. While continuing his research, Maclay also campaigned for Indigenous rights and lobbied against the colonisation of New Guinea and the Pacific Islands.

In 1886, Maclay returned to Russia with his wife and two sons. He lectured in St Petersburg, visited family estates and arranged for the publication of some of his research. In Vienna, he and his wife were re-married by the rites of the Russian Orthodox Church. Although Maclay intended to return to Sydney, he died on 2 April 1888 in Russia from an undiagnosed brain tumour, aged 41. Most of Maclay’s papers were burnt by his wife after his death as Maclay believed that they wouldn’t be understood, having been written in numerous languages.

In Russia, during the Soviet era, Maclay was used for propaganda purposes as a symbol of how the Soviet Union would deal with Indigenous people in a more humane way than the West and was celebrated as a man who saw equality in all people. Leo Tolstoy, in a letter to Maclay in 1886, stated:

“You were the first to demonstrate beyond question by your experience that man is man everywhere, that is, a kind sociable being with who communication can and should be established through kindness and truth, not guns and spirits”.

Maclay is largely forgotten in Australia today but during his lifetime he was known as one of the leaders of scientific research, for his strong support of Indigenous people, and for the establishment of a world class marine research centre. Moscow’s Institute of Ethnology and Anthropology is named in Maclay’s honour and the University of Sydney awards an annual fellowship in his name.

Maclay is largely forgotten in Australia today but during his lifetime he was known as one of the leaders of scientific research.

The history of the Marine Biological Station

Check it out
Learn