Strategically placed at the northern entrance to Sydney Harbour, North Fort was part of a defence system that spanned 300km of coastline during World War II.

The once active army base previously featured 9.2 inch calibre guns, capable of firing a distance of 26km. Each heavy weapon was operated by nine soldiers with support from personnel running the underground shell and engine rooms.

During this 90 minute guided tour, our experienced guide will lead you from the North Fort Visitor Centre to Australia’s Memorial Walk, honouring the nation’s service people. From there, you will visit North Fort’s gun emplacements before descending into the 200-metre-long tunnel complex, located beneath the historic fortification.

Tickets are $10 per adult, $7 per child (16 and under) and $7 per concession holder (incl. pensioners and students). Note: You can secure your spot online ahead of the tour or purchase tickets from the North Fort Visitor Centre on the day of the tour.

Subject to guide availability, we also accept private bookings for groups of at least 15 people. To request a private group tour, complete our enquiry form. 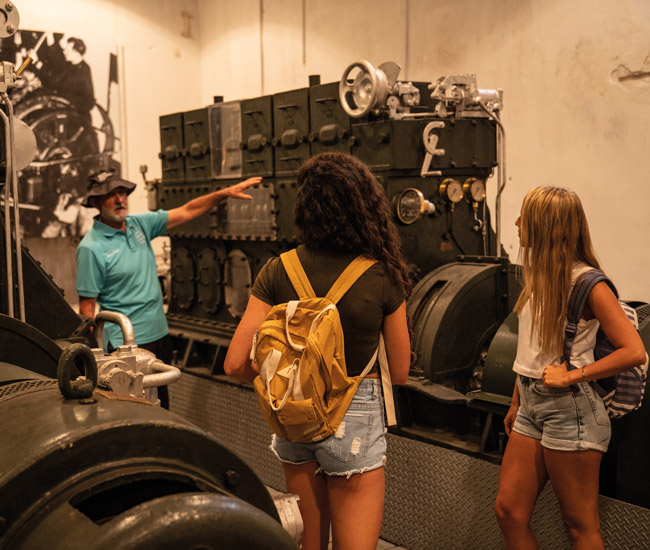 Tickets can be purchased from the North Fort Visitor Centre on the day of the tour. Cash and EFTPOS accepted; however, there is no ATM on site. Note: Maximum participant numbers per tour apply so it is advisable to secure your spot online.

Although this is an all-ages tour, people under 18 must be accompanied by an adult.

The tour may contains stories and images and/or visuals of deceased people.

A moderate level of fitness and mobility is required as the tour includes stairs, bush tracks and underground tunnels. It is not suitable for people with wheelchairs, mobility scooters, strollers or pram.

This tour will proceed regardless of weather conditions except in the event of extreme weather. If the Rural Fire Service declares an extreme or catastrophic fire danger rating for the Greater Sydney Region (area 4), tours will be cancelled. 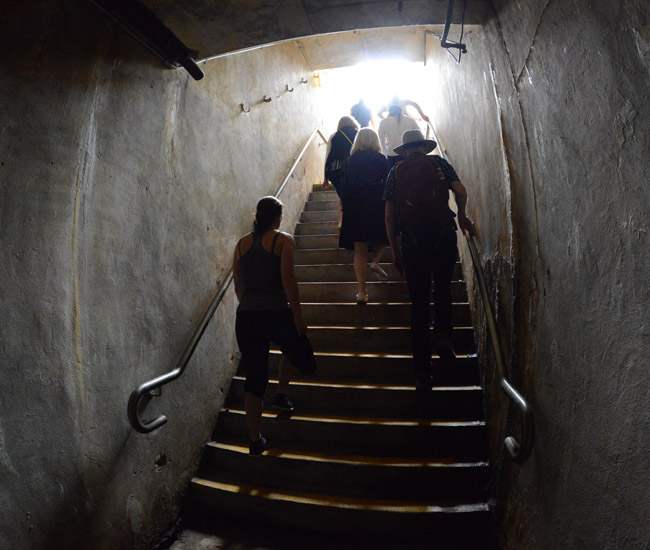 In light of recent Government advice surrounding COVID-19, this tour is being suspended until further notice...

Our priority is to limit the transmission of the virus and ensure the health and safety of our visitors, volunteers and staff. Harbour Trust parklands will otherwise remain open daily. We will review the situation regularly as advice evolves. 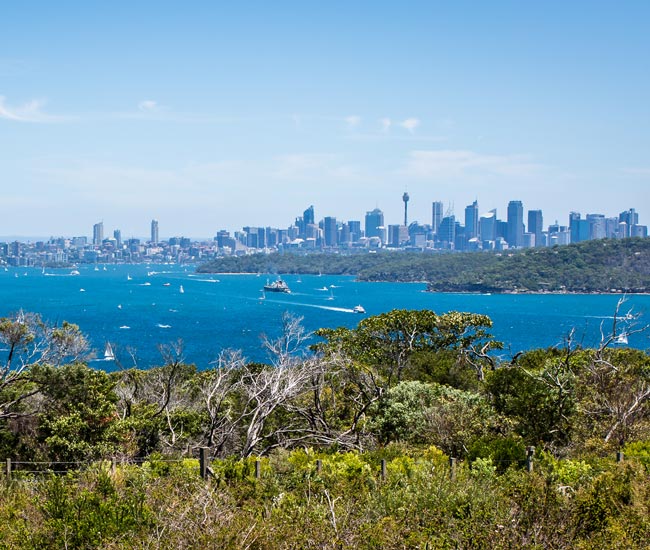 Learn more about North Head Sanctuary, Manly and discover our other history tours...