The Trust, which meets regularly, has eight members including the Chair, two members recommended by the NSW Government, one member representing the interests of First Nations People, and one member from an affected council.

The agency's day-to-day affairs are managed by an executive team under the leadership of the Executive Director.

Members of the Trust 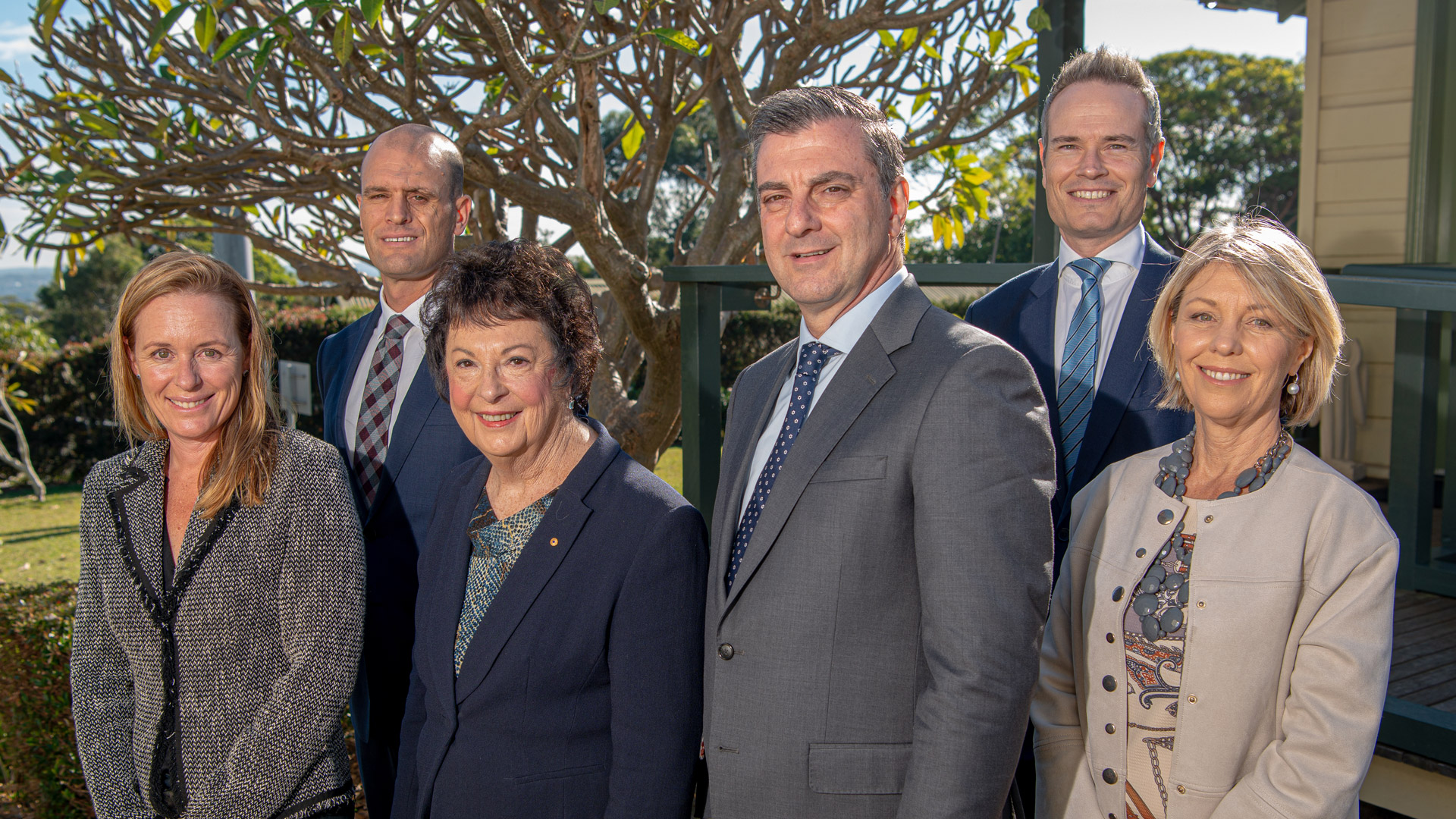 Joseph is a lawyer and financial advisor with more than 25 years’ senior leadership experience in the professional services sector. He is Managing Partner of PwC, Sydney and has advised numerous private sector businesses and governments on infrastructure, tax and policy matters.

A Member of the Trust since 2016, Joseph also plays an active role in the wider community. He is the Chair of the Centenary Institute for Medical Research in Sydney, the Deputy Chair of the NSW Institute of Sport. Joseph also serves on the Boards of Football Federation Australia and Western Sydney University.

A lifelong resident of Manly, Jean has spent her career serving the local community, including as an elected Councillor and later as Mayor. Following three terms as Mayor of Manly (1999–2004, 2008–2012 and 2012–2016), Jean was appointed Chair of the Implementation Advisory Group for the Northern Beaches Council, and served in that role until August 2017.

Jean is a recipient of the Centenary Medal and the NSW Ministers’ Awards for Women in Local Government (Metropolitan Elected Representative). For her service to the community, including through local government and community groups, Jean was named a Member of the Order of Australia. Jean played a major role in the realization of Bear Cottage, the only children’s hospice in the State. Her contribution to this project resulted in her being bestowed as Benefactor of the Children’s Hospital at Westmead.

Garth served with distinction in combat, intelligence, training and strategic roles through a 20-plus year military career, where he received numerous commendations. He went on to lead the NSW Veterans Employment Program, and under his leadership, the program employed over 500 veterans - exceeding its target by 162 per cent, 18 months ahead of schedule.

He is a now a sought after non-executive director and management consultant. He leads Trebuchet Pivot, a consultancy firm specialising in preparing and guiding business leadership teams through turbulence and crises. In this role he works with boards and executive teams across government and industry.

Garth holds a Master of Business Administration and remains an active part-time member of the Australian Army at the rank of Lieutenant Colonel and is a leader in the veteran community.

Josephine is a Warrimay entrepreneur from NSW. She is the founder, Executive Director and Managing Director of Big River Consulting Pty Ltd, Big River Impact Investments Pty Ltd and the Big River Impact Foundation Ltd. Josephine is a lawyer, businesswoman, orator and media commentator with more than two decades of experience working on rapid business and socioeconomic growth for Australia’s Indigenous communities.

Josephine was an inaugural member of the Prime Minister’s Indigenous Advisory Council and served as the Chair of its Safe Communities Committee until 2017. She sits on the Board of Reconciliation Working Group of Google Australia. In recognition of her notable expertise, Josephine was recently selected as a Friend of the Commonwealth Treasury. Josephine worked for a decade as a lawyer in Australian courts, and has undertaken consultancy and voluntary roles for a variety of private, public and non-profit organisations. Additionally, Josephine was an invited speaker at a special session of the United Nations Human Rights Council addressing violence against Indigenous women and girls.

Sandra has a track record in driving customer- centric business transformation and transitioning traditional organisations in rapidly evolving environments. She has extensive operational, digital, financial management and strategic experience built over 25 years as a CEO and in senior executive roles for some of Australia’s largest media companies. These include News Limited, Foxtel, Federal Publishing Company, Murdoch Magazines and Fairfax.

Tim is a strategic advisory leader who has held leadership roles in industry, government and professional services. A lawyer with qualifications in business, law and finance (including an MBA), he currently serves as Executive General Manager at the Menzies Research Centre. Tim was earlier the CEO of the national pharmaceutical industry body Medicines Australia and held leadership roles at Pfizer and Johnson & Johnson.

Tim’s experience in government encompasses more than three years as a Minister’s Chief of Staff in NSW and six years in the Howard Government, including in the Prime Minister’s Office. In a community context, Tim is a Director of Mosman Rowers, Life Education NSW and Life Education Australia. He previously served as the President of the Headland Preservation Group. Tim also helped found the Friends of Sydney Harbour in 2013.

A 20-year veteran of the tourism industry, Jessica holds a Bachelor of Arts in Tourism Management from the University of Technology, Sydney as well as a Diploma in Social Studies from Oxford University.

Most recently, Jessica has been working as National Industry Development and Capability Manager with the Australian Tourism Export Council. Jessica was elected to North Sydney Council in 2017.

Michael is the Chair of the Committee for Sydney, an urban policy think tank that advocates better policy outcomes for Sydney. He is also Chairman of Greater Sydney Parklands, a NSW Government body responsible for several significant urban parks in Sydney.

Michael has served on the boards of a number of corporate, government, arts and not-for-profit organisations. He is Chairman of NRT Group and also sits on the board of the Westmead Institute for Medical Research. He served three terms as Chair of Sydney Living Museums before stepping down in December 2018. He has a senior advisory role at UNSW and is a Fellow of the Australian Institute of Company Directors. 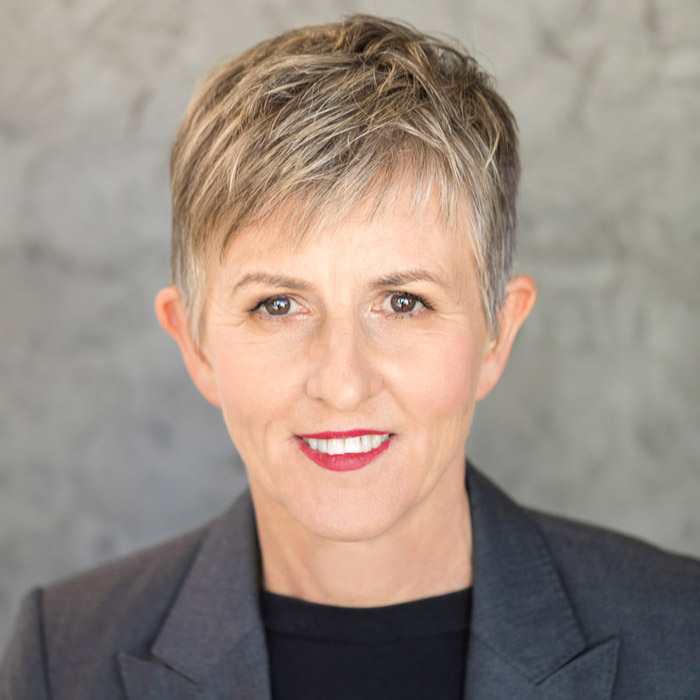 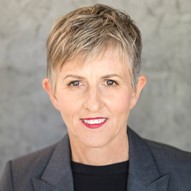 Mary became the Chief Executive Officer of the Harbour Trust in April 2017. Previously, as the Chief Executive Officer of Arts NSW, she oversaw arts and cultural strategy as well as funding. Mary has also helped lead the development of Infrastructure NSW’s cultural infrastructure strategy and led the Walsh Bay Arts Precinct initiative – a 21st Century creative hub for Australia’s internationally renowned arts companies.
Mary has held a number of roles in Government and the private sector, including heading up the economic development division in Premier and Cabinet, leading carbon and sustainability work at AGL, and working as a commercial lawyer at Mallesons Stephens Jacques. She has also held board positions for some of Australia’s key cultural organisations including Carriageworks, Sydney Festival and Sydney Film Festival.

Justin is a senior executive with 25+ years’ experience in strategy, corporate finance and general management/operations across Australia and the UK. His industry experience includes asset management, financial services and resources. His specialty areas also include asset management, mergers and acquisitions, valuations, insurance, energy and commodity trading.

Kathryn is a senior marketing and communications lead with 20+ years’ experience building brands and developing innovative strategies that engage consumers and visitors in a meaningful way. Her speciality areas include consumer-centric strategies and management, managing stakeholders including customers, government and community, and building brands, products and places.

Libby is a senior heritage architect with 30+ years’ experience in the field of heritage conservation including major projects, adaptive reuse, advice on heritage issues, and design and heritage asset management. Her career has encompassed working across both private and government organisations. Prior to joining the Harbour Trust, Libby served the Department of Defence as the heritage architect for their Sydney sites. She brought this expertise and knowledge to the Harbour Trust when she joined at the agency’s inception two decades ago. Throughout her career with the Harbour Trust, Libby has been passionately and extensively involved in the rehabilitation, conservation and adaptive reuse of the Trust’s sites and heritage assets.

Daniel joined the Harbour Trust as a town planner from the NSW Department of Planning in 2003, at a time when Harbour Trust lands were awaiting restoration. Daniel contributes to the careful fostering of the sites’ ongoing revival in ways that protect their environmental and heritage values, and which engage positively with stakeholders. His experience includes preparing plans and policies, assessing environmental impacts, managing site operational issues, and community consultation.

Graham has more than 25 years’ experience in Construction/Building Services and the Facilities Management industry. His knowledge spans the whole building lifecycle from concept and design through to construction and operations. Graham has managed facilities across numerous industries including government, finance and entertainment. He began his career with a mechanical services company installing ductwork, and later managed installation projects, before moving to Tier 1 Construction organisations where he managed building services for large construction sites.

In the twenty years since 2000, he has accrued extensive senior management experience in construction and facilities management, overseeing teams on a local through to national level on both the client side and as the representative as the outsourced provider.Graham’s strengths include operational leadership, asset management, PMO, governance, stakeholder engagement, vendor/contract management and change management – all with WHS leadership at the forefront. He is a passionate advocate for best practice and safe work environments and is committed to creating environments that not only resonate with people but have high tenant retention.